Play-by-post D&D is not new, people have been doing it for years, but that doesn't mean you know how to do it!

You can do this however you choose, but I'd recommend the following best practices:

I find the easiest way to make a new NPC is to first search for an avatar that represents them from online artwork, and then carve out more details after I've found a picture that fits.

I've found this Pinterest Board to be a great place to find fantasy avatars to use.

Most of the time your players will only ever see the tiny avatar you pick, so make sure the face fits the character, and if their whole character is important, drop that in chat the first time they show up for reference.

Since everything is asynchronous, it could be rough to have a lot of back and forth where players are asking the DM about positioning etc. or getting confused, so I think a battle map is critical, even if it's minimal.

This is not the way to do this, but this is how I did this. I created a separate channel called #combat-info and inside is the intiative order, the current health/status of the enemies and I eventually added the players as well. Finally, there's an ASCII map of the action, inside a css code block: 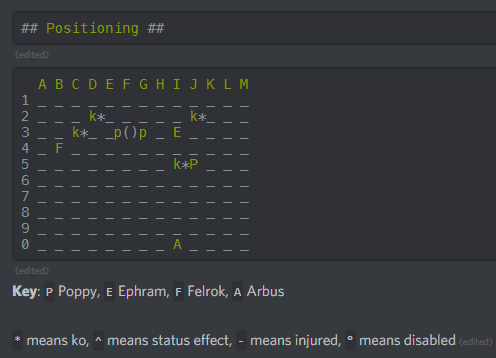 It's pretty bare-bones, but it's infinitely better than nothing, and you can make maps very quickly. With some clever use of ASCII codes, you can get a pretty expressive version of what you want. Here's a few more examples. 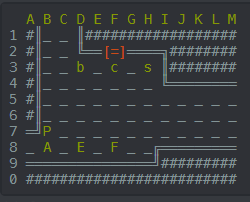 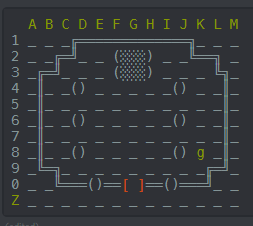 I recommend making these in a code editor, rather than inside Discord. While the end-result is monospaced, editing a code block inside the Discord editor is not monospaced, so it can get pretty wonky looking pretty quickly.

Another option is to use Google Sheets. It has good apps for both iOS and Android, so you can manage your map on the go, with the bonus of being able to use emoji and colorize your maps. Then just take a screenshot whenever there are updates and post it in your #combat channel. 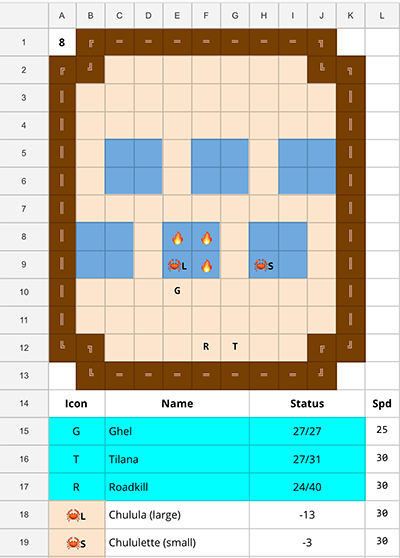 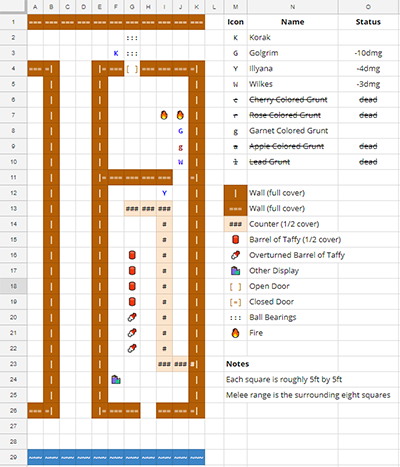 It's also nice as DM to have extra notes etc in the spreadsheet in columns that your players can't see for quick reference like monster AC, HP, and attack rolls.

I think both of these are easier to manage than Roll20, and it keeps everything inside Discord, which makes it easier for new users and people on the go, but you do you! 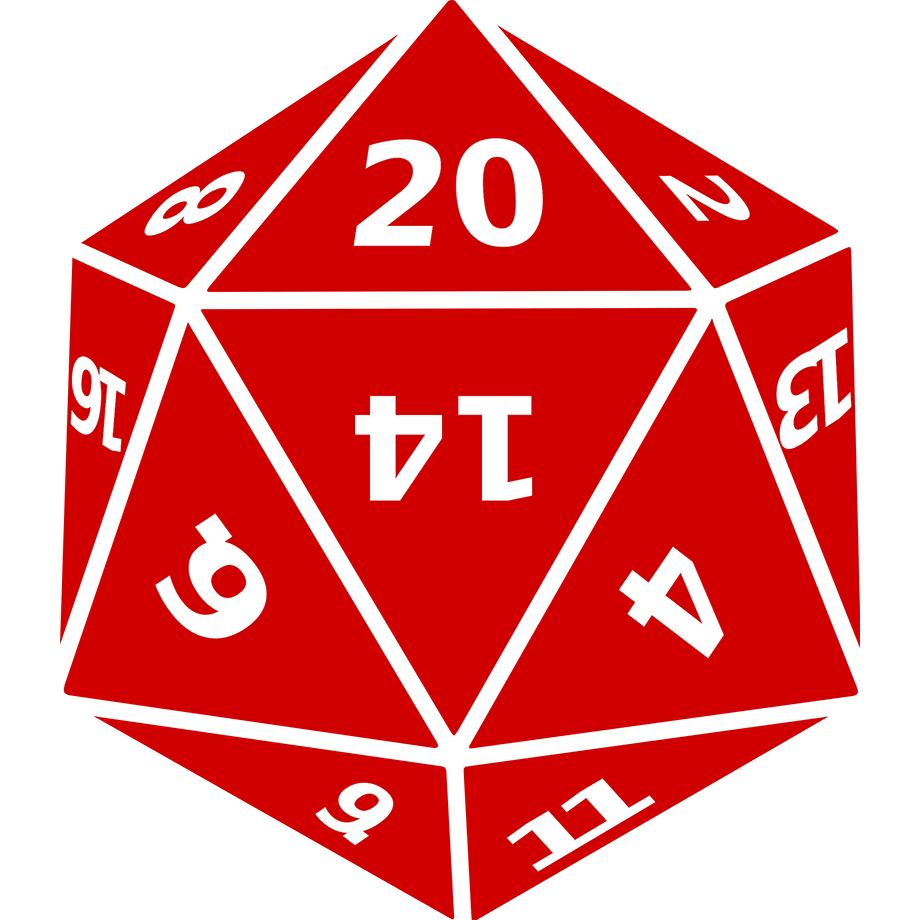